I’m Susan Crean and a writer.

I’m looking for Toronto — a city I’ve known all my life and am still trying to define. Not the city you find in books or down at City Hall but the Toronto we carry around in our heads.

Cities have personalities. Like family and friends, we think of them in adjectives, and we give them nicknames.

So, if you could sum up Toronto in a word — what would it be?

First, there are interviews with friends and acquaintances about Toronto. These begin with Vera Frenkel, Yvette Nolan and Michael Redhill — all of whom talk about the Lake.

You’ll also find two poems, by Lillian Allen and Archer Pechawis, that describe the city in ways that may surprise you.

You can read an account of how I began this inquiry in the piece Let’s All ** Toronto.

Also featured are photographs by Michel Lambeth, along with a critical discussion of his work. While Michel is one of the great photographers of mid-20th-century Toronto, there is a personal reason for including him here. My conversation about Toronto began with Michel.

You can view a collection of photos by Toronto’s first official photographer, Arthur Goss, as collected by Lambeth under the rubric Made In Canada.

You can read about my search for two Torontonians who are part of my family yet came from worlds apart.

I grew up in Toronto in the fifties when it was an over-sized, small town and Eaton’s and Simpson’s drew curtains over their shop windows on Sunday. Daily papers didn’t much bother covering city hall, but they all had society columnists, women who wore gloves when they typed, and wrote up events like pink teas and coming-out parties. Toronto had a reputation for cleanness. And moral rectitude.

I left at the first opportunity. Toronto the Good was a good place to be from. Read on →

His name is Michel Lambeth. Born Thomas Henry Lambeth in east end Toronto, he was in his early thirties when he first took to the streets with his camera. He’d gone to war at twenty, served as a tank gunner in Western Europe, and when he was demobbed in ’45 stayed on in London and Paris to study art.

Michel returned to Canada in 1948 and settled in Montreal. His earliest prints were shot in 1950 at the memorial parade for Mckenzie King in Ottawa. In 1952 he arrived back in Toronto with a wife and new name, which didn’t mean he was settling down — only that he was settling into the Bohemian life of a practising artist. He took a day job as a treasury clerk at City Hall, and continued with his real work after-hour. In Paris he’d studied sculpture with Ossip Zadkine, and exhibited some drawings. He started writing in Europe, too, and for a time worked seriously on a novel. Now he began experimenting with photography and film, and as part of the Production Unit of the Toronto Film Society won a prize in 1954 for his first effort, Eight-Fifteen.

He didn’t stick long with film; increasingly he recognized still photography was his medium. One day in 1955 he picked up his new 2 1/4 Rolleiflex and took a trip to St. Lawrence Market. That day he found his subject. Read on →

Dub poet Lillian Allen and Cree performance and media artist Archer Pechawis were both asked to write a poem for Toronto’s 175th anniversary back in 2009. I reproduce them here with their permission. To me, these two poems perfectly frame our search for Toronto. Archer draws a word picture of the City framed by her rivers — the Rouge, Humber and Don. These are the bones that support life, flowing into the great lake and back into ancient time. Lillian’s ode to Toronto introduces the music of difference. She speaks of the trauma of arriving in a strange place: “My mother walked from the plane into a fridge.” And of how, through the efforts of its citizens, the City has become a republic of possibilities.

See my bones, flowing Rouge Humber Don
but where are the others?
hidden under time and ambition
the blind freight of generations
small names given by those
who name to forget

We are a thousand miles from our longings
Pinning dreams on over twenty thousand street corners
With many bridges to cross over
We are the beat, a city in heat
Alive, diverse and strutting verse
We are new age digital microwave
satellite communicators
Fiber wave optics, print, radio
and Television originators

Lambeth referred to his genre of photography as “documentary humanism”. He was very conscious about his purpose which was to see Toronto at street level. He was no voyeur, though. He identified with the city he saw. And he saw it with the eyes of an engaged citizen. He was the very essence of the “free-lance conscience with a camera”.

While his subjects were eclectic, there are themes in his Toronto portrait. Children, for example; he was a sucker for kids, especially kids he caught playing in unsupervised places. (Do such things exist today? ) And political action — people meeting, protesting, campaigning, marching, celebrating. He also revelled in close-ups and details — sewer grills, the ornate masonry of bank entrances, grave markers — appreciated for the abstract pattern as much as the thumbnail history. Read on →

While he was working at City Hall, Lambeth came across a cache of early photos of Toronto commissioned by various City departments at the turn of the century and taken by  Arthur Goss. Michel published these in a limited edition printed at The Coach House Press in 1967 with the title Made In Canada. Read on → 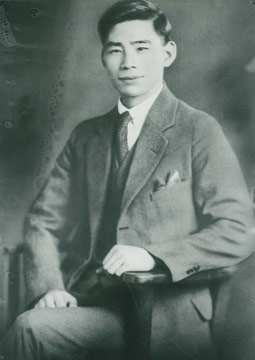 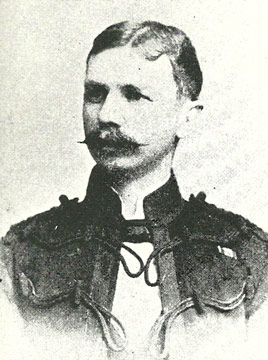 When I thought about exploring the idea of Toronto, I thought of my own ties to the city. And to two Torontonians whose faraway lives always fascinated me. Connected by blood to one, and by affection to the other, I have often contemplated the mystery of their lives, never fully aware of how little I knew about either until I began piecing their stories together.

They came to Canada from opposite sides of the world. One came as a small child with parents and siblings; the other arrived alone, a mere 16 years old. Their prospects in life were utterly different, but there are similarities in the way their lives unfolded. For both left hardship in the old country, and in Canada acquired enough education and independence to secure a steady living. The price was life-long bachelorhood, by force of circumstance in the first case, and by force of Canadian immigration law in the second. Read on →

A Walk with Michel

Walking home one day, he started talking about the city, reading me the history of the buildings we passed, and the hidden stories of street corners. King and Toronto Streets where Matthews and Lount were hanged after the rebellion of 1836; Bay and Queen Streets before new City hall was built where the old Chinese bachelors lived in sagging rooming houses, lonely and poor. He showed me the City in layers.

One Near Water: Notes from the Scaffolding Archive is about Toronto and its haunting dilemmas. A city that used to be on water, and is no more.

The sightlines between the lake and the city are destroyed. And, I think, to be a lakeside city and not to experience that in some way is a huge loss.

I think the city has an idea of itself that isn’t actually there yet. I always feel that tension here. We think we are so evolved, and so multicultural and that all the work is done, and we all know that’s not the case. I think we have to enforce that ideal, in a most gentle way. We need to propagate the myth, edge it toward reality, because it is the only way to go forward.

Toronto’s Aboriginal community is a very large and diverse. Everyone is on someone else’s territory. Which may be one of the secrets of our success in Toronto. If we all were to acknowledge that we are on other people’s territory, we’d have a way of making a contract to go forward together.

David Hollis says at one point in Consolation, “Neglect of the past is a form of despair.” It’s a key line for me. I think the belief in the eternal present in a Toronto is really limiting in terms of the potential for citizenship. Not to mention our capacity to shepherd the city through its various crises. To me honouring what’s gone before is a way of becoming less lonesome as a Torontonian.

My one word for Toronto would be tentative. It has to do with that waiting for direction. So there’s a kind stasis in the city which is masked by frenetic activity of the sort that is totally transient. I’m talking here about the city’s built heritage, the external expression of its heart and soul.