A Walk With Michel

“Like our two Toronto Poets, Raymond Souster and John Robert Colombo, I stood a little in awe of Toronto and wanted to get something down about it.”

I met Michel Lambeth in the seventies when I was working for the fledgling artists’ union CARFAC Ontario and he was a rep for the Toronto local. These were the heydays of Canadian nationalism, and Michel was on the radical left of the movement and very committed. That meant turning down assignments from American magazines, and flirting with poverty. And it meant standing up to the forces of colonialism like the Art Gallery of Ontario.

In 1972 he was part of the public protest against the appointment of an American as chief curator (the third non-Canadian in a row). On July 4th, the day the man turned up for work, Michel, dressed as Uncle Sam, led a demonstration of artists down to Grange Park. Along with poets Jim Brown and Milton Acorn he staged a three-hour sit-in during which he and Brown chained themselves to the office furniture. (An incident you can read more about in Geist magazine.)

Around that time he and a group of militants started a ginger group called the Committee to Strengthen Canadian Culture. We specialized in direct action: leafleting, speeches, street protests. In an experiment never repeated City Hall closed off a section of Yonge Street south of College to traffic that Summer, creating a pedestrian mall that was hugely popular. Michel would go down there on weekends, greeting passers-by in his snappy blue Mao jacket with cries of “Canadian Culture for the Canadian people”.

Walking home one day, he started talking about the city, reading me the history of the buildings we passed, and the hidden stories of street corners. King and Toronto Streets where Matthews and Lount were hanged after the rebellion of 1837; Bay and Queen Streets before new City hall was built where the old Chinese bachelors lived in sagging rooming houses, lonely and poor. He showed me the City in layers.

And he showed me his photographs. For the first time I saw images of the Toronto I’d known as child. Gumball dispensers on the street, the chestnut seller outside St. Lawrence Market, the Haida pole in the stairwell at the ROM. And through Michel’s lens, I recognized something else — a city that was more than a backdrop for transient ambition. I saw a living entity; something invented as much as constructed by the people living here. Michael Ondaatje knew Michel in those years, too. He also admired Michel’s visceral knowledge of the City and her past and when he published his great novel about Toronto, In the Skin of a Lion, in 1987 he dedicated it to the photographer.

Michel lived on Dupont Street just west of The Women’s Place near Avenue Road — a hub of feminist activity offering educationals on lesbian literature and workshops in auto mechanics. I lived in the third floor walk-up on Roxborough Street nearby. One afternoon Michel appeared at top of my fire escape, package in hand and a twinkle in his eye. He’d come to work with me on a press release, but the package wasn’t full of leaflets. It was a gift. “In honour of your feminism” he said. “It takes a radical upstart to know one, you know, and today these initials stand for Women’s Liberation Movement.” 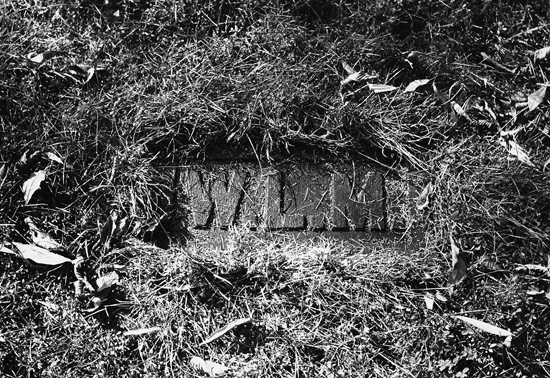 One Response to “A Walk With Michel”